skip to main | skip to sidebar

It's the coldest temperatures for several years at Salt Lake City and the snow falls have slowed the normally fast paced traffic down to a standstill. In this climate, any movie that builds up the energy levels was going to be very welcome. I was hoping that The Escapist was going to be one of them. The UK Film Council logo was reassuring and I felt quite proud that a packed press and industry screening was for a film with a top Scots actor in the lead role. 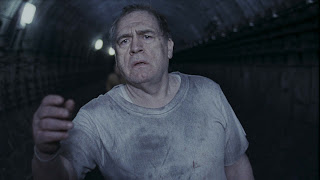 Brian Cox (above) is one of the hardest working actors in the UK and a quick look at his IMDB record shows that he's already completed SIX other films in 2008 since the Escapist and it's only January ! The Escapist kicks off with fast action and pumping music, as several prisoners commence their escape. Wait a minute, you think, if that's the beginning of the film it can't be much of a story. They escape, that's it ? Well, herein lies the beauty of this film. Writer/Director Rupert Wyatt interlaces the two streams of the timelines together in a masterful and unique way. The timeline up until the escape, and that after the first exit. It's a great treat for the brain as you try and build up the characters who you've seen escape and wonder how they all came together and how the planning is put into action.

The casting director clearly cherry picked the best of British talent for this movie, including Damian Lewis (below) and Steven Mackintosh as the menacing brothers who run the prison. Joseph Fiennes is a ruthless fighter who wants to escape before he's beaten up badly and Dominic Cooper, last seen in The History Boys and soon to be seen in the film version of Mamma Mia, plays Cox's quiet cell mate who is abused on his first day inside. 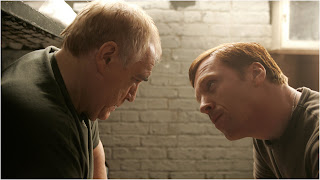 It's a fantastic film which comes to an incredible and emotional climax right at the last second of the film and earned a loud and long applause from the appreciative Sundance audience, after the hankies had wiped away the tears. Brian Cox deserves awards for this stunning performance. 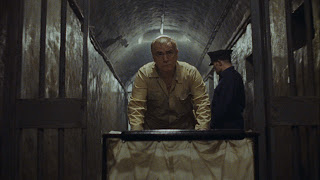